This is just the beginning, says CEO of CIBT Education Group 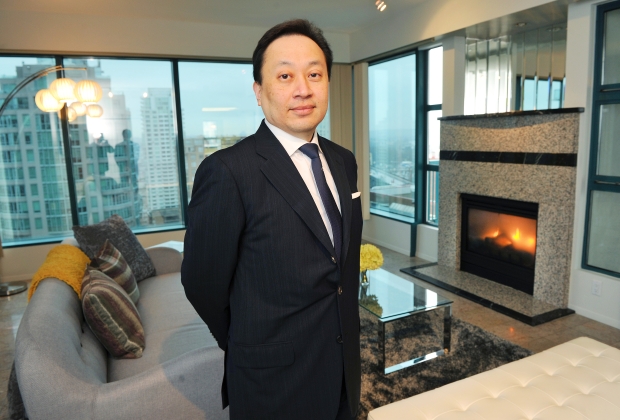 Vancouver and Richmond can expect to see a number of new international student housing projects after the first one opened its doors at Howe and Drake near the downtown core.

A company called CIBT Education Group and an offshore partner have purchased the 17-storey Viva Suites luxury hotel at 1311 Howe St. with plans to renovate it floor by floor while immediately accepting international student renters.

While conducting a tour of the building, CEO Toby Chu said the company has three such projects in various stages of development and nine more in the planning stages in Vancouver and Richmond.

Rents will range from $900 to $2,500 per month, depending on the building, amenities and location.

With the international student population projected to grow and with a rental vacancy rate of less than one per cent in the Greater Vancouver area â€” and less than 0.5 per cent in the downtown core â€” there is a desperate need for such housing, said Chu, a Hong Kong native and local entrepreneur.

Chu maintains that a lack of reliable housing for international students is jeopardizing the cityâ€™s reputation and its position as a hub for this overseas clientele.

Based on data from 2011, about 100,000 foreign students are living in the Great Vancouver area, contributing over $1 billion in housing revenue and $5 billion in tuition revenue to the B.C. economy, according to a company news release.

Over the next six months, the Viva Suites will be renovated to provide more than 200 beds and will be the first of its type in Vancouver, representing a total investment of $37 million including renovations, said a company news release.

Amenities will include a fitness centre, an electronic library, a TV lounge and a free shuttle bus to schools near major Vancouver intersections.

Other services pioneered by the company will also be available, such as airport pickup and shuttle bus service, private tutoring, daily hot meal service, weekend social activities, IT support and academic counselling.

The building offers spectacular views of the North Shore mountains and the False Creek marinas. It has all the appurtenances of a luxury hotel, including soaker tubs, granite floors and marble countertops. Itâ€™s definitely a big leap above most utilitarian student housing.

Because of the decline in international business travel, hotels like the Viva Suites are coming on the market at reasonable prices, Chu said, adding companies are resorting to less costly methods of communication, such as tele-conferencing.

The Viva conversion project is just the first in an ambitious plan by the company to bring one to two properties on stream per quarter, primarily to rent to foreign students but also to provide housing for Canadian students and technology companies establishing development centres in Vancouver.

Founded in 1994, the â€œeducation managementâ€ company is listed on the Toronto Stock Exchange and in the U.S. on the OTCQX International.

It has schools in China, the Philippines and the Middle East. It owns the well-established Sprott Shaw College, which offers diplomas to 7,000 domestic and international students annually.

Included in its satellite companies is the Global Education Alliance, which provides international student referral and related services to more than 100 public and private educational institutions in Canada and the U.S.

The company is set to open a rental building at Cambie and 60th and is eyeing a property at Cambie and King Edward as another possibility.

It also is seeking to open an education hub in north Richmond, including a nine-storey office and school building, a 15-storey long-stay hotel and a six-level parkade and amenity building.

Requiring a rezoning of property between Bridgeport Road and Sea Island Way, the project is mired in the planning department at Richmond city hall.

Chu said he is targeting two other properties in Richmond because of its proximity to the airport and slightly cheaper land costs than in Vancouver.

The company has a target of bringing 5,000 beds on to the greater Vancouver market.

With the federal government increasing the foreign student quota from 250,000 to 450,000 within eight years, the demand will only grow, Chu said.